When ‘I don’t know’ is enough

“Living in multiple worlds: this means having multiple experiences at once in the world. Often tied to multiple ways of being excluded or having many identities which compete for space.”

I have been reflecting on these words from Naomi Ortiz since the first time I read them. They gave voice to something deep within me. On one hand, I have literally lived in many worlds (places), moving across Latin America and the Caribbean as a child and teenager, and then living in the US for short periods of time as an adult.

My brain is used to going from Spanish to English, from a culture that I instinctively know to another that I continue to learn and embrace. The other way I experience this (living in many worlds) is by being a trans person who is also Latinx, and an immigrant.

Spiritually, I also live in many worlds. Many of my spiritual references are Black theologians like Dr. James Cone, Tricia Hersey (AKA The Nap Bishop), and Mujeristas like Ada María Isasi-Díaz. Recently, I learned about the concept of the “Beginner’s Mind”.

For me, living in many worlds means being open to spiritual practices that give me meaning and ground me. I have learned to let go of practices, traditions, and beliefs that no longer serve me, the same way I had to let go of people who didn’t accept me when I began my transition. I’m not saying it was not painful, but my soul somehow knew that those relationships had to go, in order to make space for new practices and people.

The way I see the “Beginner’s Mind” is like an open-mindness. Children can teach us a lot about this. They see the world with fresh eyes, wonder, and excitement. Having an open mind also allows us to learn new things.

Our relationships can also grow from having an open mind. If we assume we know those who we are in relationship with, then we are limiting our view of them. The reality is that we don’t fully know them, there is always mystery in them and in us. Life is full of mystery, and uncertainty. The Divine and Spirit are also full of mystery.

Another way this practice can expand our relationships is because we let go of expectations for ourselves and for others. We can see them as they are instead of how we wish they would be or how they “should” be according to whatever standard.

The more we answer questions with “I don’t know”, the more we can be open to finding out. This can be an invitation to be curious with others, the world, and within ourselves.

How can we move from this concept to a practice?

You can basically try this out with anything in your life, which can be fun or really scary! or both! For example, approach your breakfast or any meal with curiosity. Notice details, textures, smells that you had not paid attention to before.

Receive them with wonder and don’t take them for granted. This way you can really experience and savor every bit and every moment.

In my own spiritual practices I have been trying to do this during my daily walks. A lot of times I walk through the same streets, but I always find new things that call my attention in nature or people.

As you practice this, be compassionate with yourself, and rest from the demands that living in multiple worlds brings on your mind, body, and spirit. There is power in saying “I don’t know”. Let that be enough because you are enough. 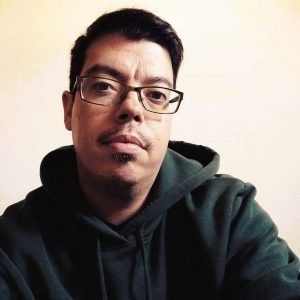 Andrés Herrera Gré was born in Santiago, Chile, where he currently lives. He works as a communications assistant for St. Stephen’s Episcopal Church in Houston, TX, and as a Spiritual Director. He is also a consultant in the field of spiritual care and healthcare chaplaincy in Latin America. Andrés is a transgender man who grew up in different countries in the Caribbean and South America, he became a Christian during his first year of college. He loves poetry, sports, and french toast.